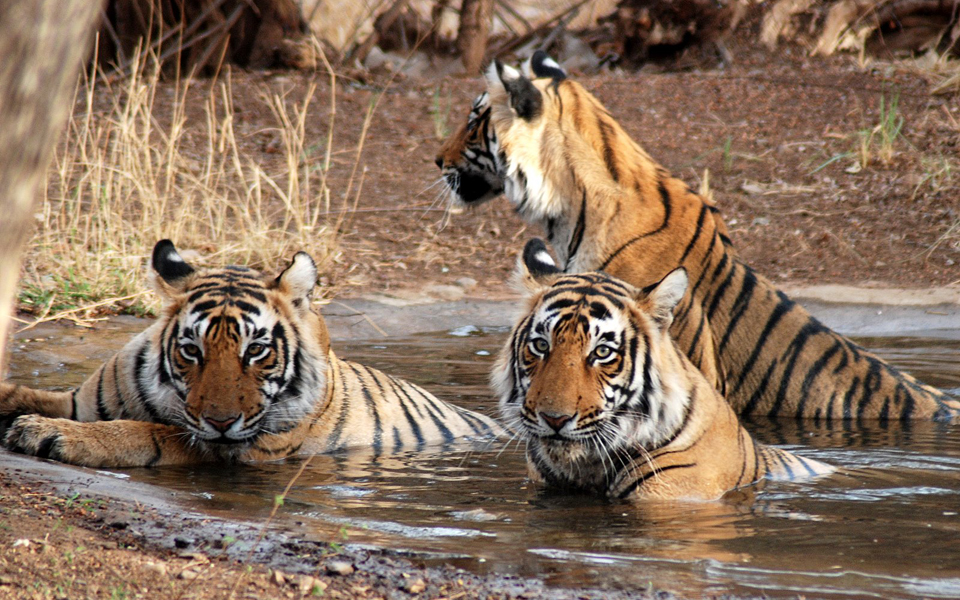 In the 13th century A.D. Govinda, the grandson of Prithviraj Chauhan took over the reign of the land. Later his successor Vagabhatta, beautified the city and built a noteworthy temple at Jhain. In the middle of the 15th century A.D. Rana Kumbha captured the fort and gifted it to his son to be occupied later by the Hada Rajputs of Bundi and Mughal Emperors Akbar and Aurangazeb. Mughal Emperor Shah Alam gifted it to Maharaja Sawai Madho Singh I of Jaipur in 1754 and since then it was maintained as the hunting preserve of the Maharaja. Queen Elizabeth II and the Duke of Edinburgh were part of the royal hunting who stayed here.

How to reach Ranthambore

By Air The nearest airport is at Jaipur which connected to all the major cities which includes Delhi, Mumbai, Calcutta, Jodhpur.

By Bus Rajasthan Roadways run very comfortable deluxe from Jaipur to Ranthambore. The roads are very good, and it takes around 4-5 hrs from Jaipur. You can also come by taxi.

By Train The nearest railhead is at Ranthambore is connected to many major cities of India. There are daily trains from Delhi, Jaipur, Mumbai.

Ranthambore Fort also feature among the tourist attractions in Ranthambore. The national park starts just at the foot of the fort. The 10th century fort is perched on a rocky protrusion and houses summer palaces, cenotaphs, tombs and bauris or stepped-wells in the complex. The fort has a rich history and has witnessed many battles. Legend has it that once over a thousand women in the fort had preferred to commit suicide than fall prey to the victorious invader.

Jungle Safari There are about 42 tigers in Ranthambore National Park. A good network of gravel tracks crisscross the park and safaris are undertaken in open-sided jeeps driven by ranger.